Longer term, his brief will be to create a smarter, future-focused auditing offer as advertisers look for services beyond the traditional ‘rear view mirror’ audit approach. Instead the company will position data on media performance as critical insight for future investment performance.

The full terms of the deal are not being released, but PJ Leary becomes a minority shareholder in ID Comms and joins the company’s Board.

PJ Leary was previously CEO of Ebiquity in North America from 2003 to 2014 and is regarded as the most trusted and respected media auditor in North America.  The merger also reunites him with his old boss at Ebiquity, John Billett, who was an early investor in ID Comms and remains a non-executive director.

Demand for media auditing has grown steadily, especially in the US, following five years of heightened awareness related to media transparency. In recent years, as the media landscape continues to change and dynamic bid-based buying matures, advertisers have increased their investment in measuring media buying as they look to leverage modern techniques to hold their media agencies accountable for strong performance.

It’s also a time of huge change in the traditional media auditing landscape, with Accenture closing its Media Auditing operation from August 2020 to avoid any conflict of interest with its agency business.

Tom Denford, CEO, ID Comms Group “We are thrilled to have PJ join the expanding ID Comms team, we’ve been good friends and close admirers for many years. This acquisition was strategically important for ID Comms at a time when many advertisers are rethinking their needs for media auditing and perhaps looking for more modern techniques, fit for the digital age. We are excited to bring our new global standards for media auditing to ambitious advertisers asking ‘what’s next?’...”

PJ Leary, CEO, ID Comms Assurance, said: “I am delighted to join ID Comms at such a unique time in our business and when there is a natural evolution in media performance auditing on the horizon. I have been deeply impressed with the progressive thinking and the high caliber of the team at ID Comms over the years. Together, we will continue to focus on accelerating our global Assurance business with a differentiated service emphasising agility, relevant insights and methodologies that are purpose built to inform tomorrow.”

ID Comms has recently expanded its US operations and was recently appointed to manage T-Mobile’s US $2bn media agency review, likely to be the largest agency pitch of 2020. It is also sponsoring the 2020 ANA Financial Management conference, which takes place on October 6-7, 2020. 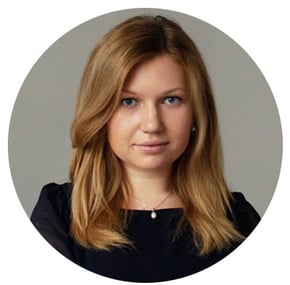 In this episode of #MediaSnack Tom and David look at the vexed issue of accountability and how brands and agencies ensure they ...
Start Reading
Nadia Shchipitsyna Aug 4, 2016 3:44:00 PM 2 min read

#MediaSnack Ep. 37: Is This The Biggest Media Issue?

On this episode of #MediaSnack we consider if identifying, organising and motivating the best Media Talent is the major focus ...
Start Reading
Nadia Shchipitsyna Jan 13, 2017 12:25:46 PM 3 min read

On this week’s #MediaSnack we continue the theme of #MediaChange from last week’s episode which you will recall that our word ...
Start Reading