Continuing gaps in media education are making it harder for brands to make media more accountable and drive business growth.

Advertisers are still failing to invest enough in media training, according to new research from ID Comms.

The figure was even higher among agency respondents, of whom 79% rated advertiser investment levels in media training as either unsatisfactory or entirely unsatisfactory.

An important consequence of this failure to invest is that brands continue to lack the skills to make media more accountable and thus maximise its value to their businesses. Nearly half of advertisers think that current capabilities and skills are unsatisfactory when it comes to making media more accountable. The figure is particularly extreme among advertiser media specialists, who score 60% on the same metric.

Among agency respondents, the key concern was that lack of training means advertisers do not always have the ability to follow good media management behaviours, with 43% rating this as either ‘unsatisfactory’ or ‘entirely unsatisfactory’. 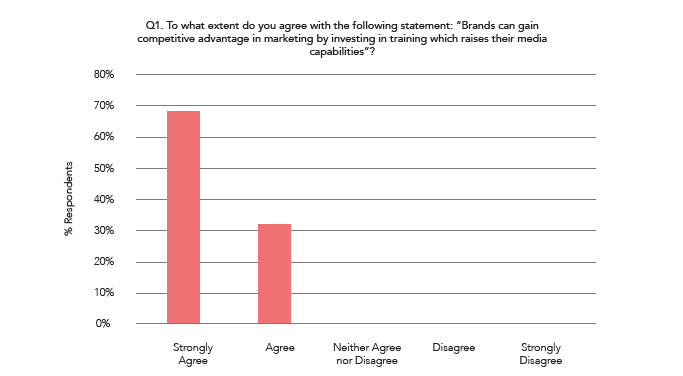 The findings of the ID Comms 2019 Global Media Training Report are based on 150 responses from Marketing, Media and Procurement professionals with a range of global, regional and local market responsibilities, representing brands with a combined global media investment in excess of $20bn.

Respondents to the survey blame continued under-investment in media training primarily on a lack of adequate time and available budget, with 30% citing time and 27% budget.

“What’s most worrying about these findings is that investment in media training has not been prioritised since we last conducted the same research back in 2016. Despite all the concern about the need to make media more accountable in recent years, many brands have not seen fit to invest in the skills that will help them achieve that goal,” said Susy Pyzer-Knapp, Consultant at ID Comms. “This behaviour contradicts the fact that 99% of respondents agree that brands can gain a competitive advantage in marketing by investing in training that raises their media capabilities.”

In 2019 training such as KPI Setting, Briefing and Evaluating agency work, and Media ROI are still rated as particularly important areas of media training for the future (scoring 61%, 53% and 49% respectively).

In 2016, the same three areas were also cited but Media ROI came joint-top with KPI setting at 55%, followed by Briefing and Evaluating Agency Work, which scored 47%.

Respondents rated training in market trends, running media pitches, and how agencies work as low priorities – consistent with results from the 2016 survey. There was also a notable split between advertiser and agency in terms of how highly they rated training in paying for agency services, with 50% of agency representatives rating this as important compared to under 10% of advertisers.

“It is clear from the consistency in data from 2016 to 2019, that there has been no real improvement in the quality or provision of media training. Unless media capabilities are raised it will remain difficult for media to be seen as a key lever for growth. This has hindered progress we would have expected to see since 2016,” said Pyzer-Knapp.

The ID Comms 2019 Media Training Survey is one of seven ID Comms research projects that are undertaken every two years and explore the seven critical media behaviours of successful marketers. Training is the third survey to be revisited, after Transparency and Training.

ID Comms conducted this research between 13 February and 1 March 2019 and received 150 responses.

The respondents were comprised of Marketing, Media and Procurement professionals with a range of global, regional and local market responsibilities. Fifty-nine per cent were Europe-based, 26% were from North America, with the remaining participants coming from the Middle East and Africa, Asia Pacific, Australia and New Zealand, and Latin America.

Advertiser-side respondents represented brands with a total global advertising spend of more than $20bn. Media agency participants came from all six major holding groups, as well as key independent media agencies from both the US and Europe.

The findings of the ID Comms Global Media Training Report Wave 2 were featured in Campaign, MediaTel, DigitalMarket, and MediaPost. 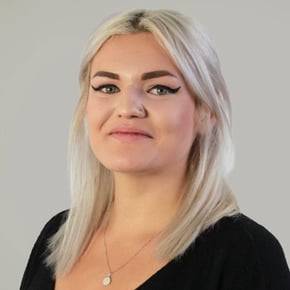 Advertisers Have Gaps In Media Knowledge

Trust levels between the advertisers and their media agency partners have fallen even lower in the last two years, according to ...
Start Reading
ID Comms Nov 19, 2021 8:52:54 AM 2 min read

What Capabilities Do Media Departments Need?

Media teams are getting bigger as the landscape and the role gets more complex. In this episode of #MediaSnack we talked about ...
Start Reading