ID Comms talks to Amy Armstrong, Global CEO at Initiative, about the way agency response to the ANA’s Media Transparency report and its lasting impact.

Amy says that there was an immediate rush to read and digest the report as soon as it came out. Then working at IPG’s BPN at the time – she moved to Initiative in 2017 before taking up her current position earlier this year – says that the holding company was already aligned with the fundamental principles behind the report.

“My first reflection was, well, you know, as an IPG agency, we were already aligned with the fundamental principles behind the ANA [report]. So when the contract templates were available to our clients, they absolutely took advantage of them. And we encourage that,” she recalls.

The process was she says beneficial to clients because they needed guidance. “It shined the light on a topic that was being discussed and starting to play the agency. It was a very big, gigantic step forward,” she adds.

And ripple effect keeps coming with agencies now more willing to kickstart conversations around new topics that need to be addressed. “If you think about it for a moment, the new media responsibilities and brand safety practices, how we do media reporting, um, you know, now we're talking about how to, uh, back minority-owned media and, you know, really starting to tackle things that weren't talked and weren't at the table,” she says. 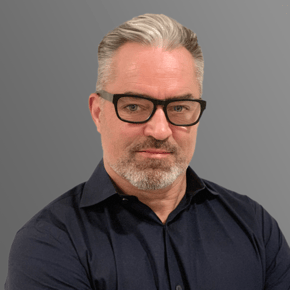